Over two million years ago, before ‘domestic’ was even a word, humans survived as hunter-gatherers. Starvation and disease were an unknown. The hunter-gatherers knew nature’s secrets because their survival depended on it. Centuries later, they started to move to new regions where they bred and domesticated animals and plants.

Today, agriculture is about creating hardy, strong, nutritious sources of food. Most plants and animals we eat today are significantly different from their wild ancestors. You will be surprised to know that bananas, carrot, corn, eggplant, watermelon, and many other crops have been domesticated by man.

Wild banana looks nothing like the banana we know. Man has domesticated this fruit to get rid of the natural dark seeds to make it more attractive, better tasting, and more nutritious than its wild counterpart.

Carrots were originally purple or white with a thin, forked root and bitter flavor but they were domesticated into a large, tasty orange root.

Corn was first domesticated in 7,000 BC. It was originally a dry like a raw potato that man manipulated into becoming one of the most common foods in modern times. 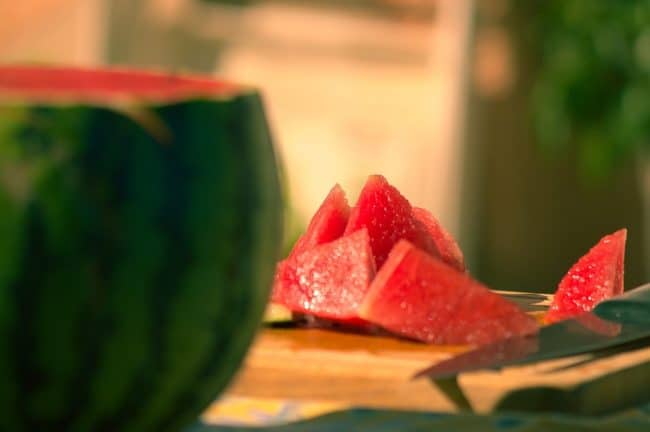 To make wild watermelon aesthetically appealing, they were bred to have a red, fleshy interior. Wild watermelon looks remarkably different from modern watermelon after it was domesticated.

Eggplant comes in a variety of shapes and colors, however, the primitive version had spines making it difficult to harvest and prepare. So, we domesticated the plant and got rid of the spines and produced a good-looking, oblong, purple vegetable.

The next time someone insists they don’t eat genetically modified foods, remind them that man has been modifying food and tweaking genetics for years through selective breeding and cultivation. Crops are manipulated for desired traits using chemical GMOs for precise and rapid results.